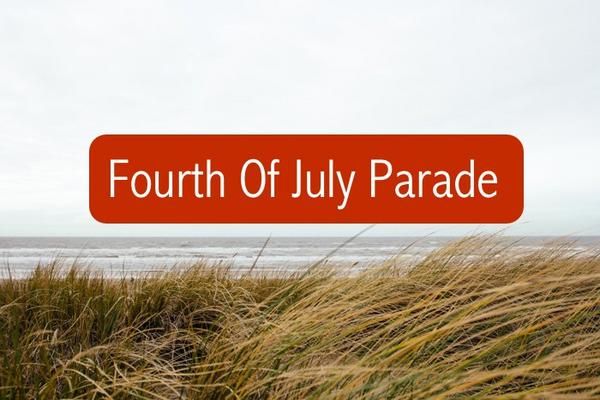 Independence Day is one of the best holidays to get out with your family and friends, and join your community while celebrating this great nation. Cook outs, family gatherings, parades, and of course fireworks scream summer time, while showing your patriotism at the same time. Pawleys Island is action packed on the Fourth of July, and a wonderful place to celebrate! If you’ll be in Pawleys Island over the fourth of July you won’t want to miss the Pawleys Island Annual 4th of July Parade. This is one of the best parades in coastal South Carolina to be sure! The parade is held from 10 to 11 a.m. and starts at 321 Myrtle Avenue, Pawleys Island. Make sure you arrive before 10am to secure your spot to watch the parade and get in the holiday spirit. Interested in being more than just a spectator? Anyone can enter the parade – visitors and residents alike – in anything that you can turn into a float. Whether it’s a boat, car, pickup truck, flatbed truck, 4x4, motorcycle or bicycle you enter, be sure it’s decorated in the patriotic red, white and blue colors of our country. Year’s past has shown that a lot of thought and creativity go into decorating the floats and prizes are awarded. For those interested in entering a float in the parade, just stop by the Pawleys Island Town Hall at 321 Myrtle Avenue, Pawleys Island and fill out an application. The cost to enter is $15 if you pay in advance. If you pay on the day of the parade it is $20. Applications will be available Mondays – Fridays, 8:30 a.m. – 5 p.m. until the day of the parade on July 4. For more information call 843-237-1698. Between approx. 1-2 p.m on July 4, 2014 the 2014 Salute From the Shore flyover will be held for the fifth year. Although sequestration grounded the F-16s from Shaw AFB, we have vintage aircraft flying this year. Come to the South Carolina coast and show your patriotism as aircraft fly overhead to salute our armed forces. We hope to see you at the parade this year! Where ever you are, we hope you have a safe and fun holiday. God Bless the USA!